Dark-eyed junco bounces back after entanglement with screen 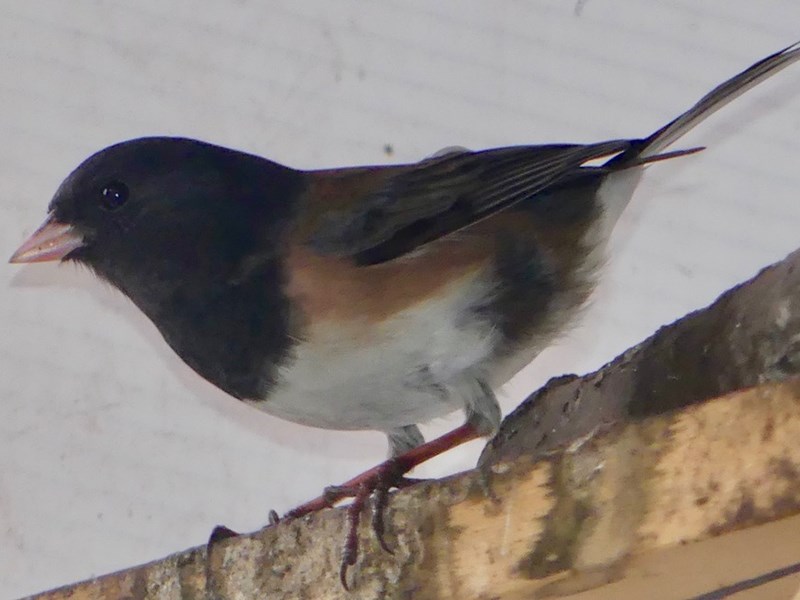 While camouflaged in its flight rehabilitation cage, it is difficult to appreciate that this dark-eyed junco is standing on one leg.

One of this seed and insect forager’s legs had to be amputated by Doctor Barnes at Westview Veterinary Hospital after it became entangled in a screen.

Antibiotics and painkillers aided this little bird toward recovery.

However, once out of the danger zone and placed into a flight cage at Powell River Orphaned Wildlife Society, the trick was to be able to observe the bird’s ability to survive in its newly handicapped one-legged condition.

At one point, it was joined by two recovering sparrows; nothing like competition to get finicky injured birds eating again. It worked.

After three weeks, this strong and tiny survivor was more than ready for release.

A cool fact about this cheerful, year-round guest, is that when the female dark-eyed junco builds the nest, not only does she weave found materials into the structure, she presses her body into her weaving to create the nest shape she requires.